Building a new facility in the city means creating the new monuments of tomorrow.

The site proposed for the construction of a new Social Centre with premises for charities and a media library is part of a larger-scale urban renewal project aimed at the rebranding the Fossés Jean/Bouviers district of the city of Colombes to the west of Paris.

Because of that, this project had to be particularly exemplary, and it is in this spirit that we began both our architectural and conceptual research.

In order to reinforce the particular characteristics of this site, we imagined a volume open to the city, detached from the ground, which spreads out from Place Michelet to the gardens of the Social Centre, a transparency and an in-depth reading of the building. This uplift and aerial volumetrics are used to generate a space under the building that reveals the presence of the facility’s various entities around a mostly glassed-in hall and an interior street.

As if in levitation, the volume winds like a “ribbon” around patios or opens generously onto the neighborhood through large frames that set the scene for certain atypical rooms such as the art galleries or the media library.

With its specific volume and dynamic identity, this new facility will naturally take its place by symbolically flagging its presence in the heart of this rapidly changing district of Colombes. 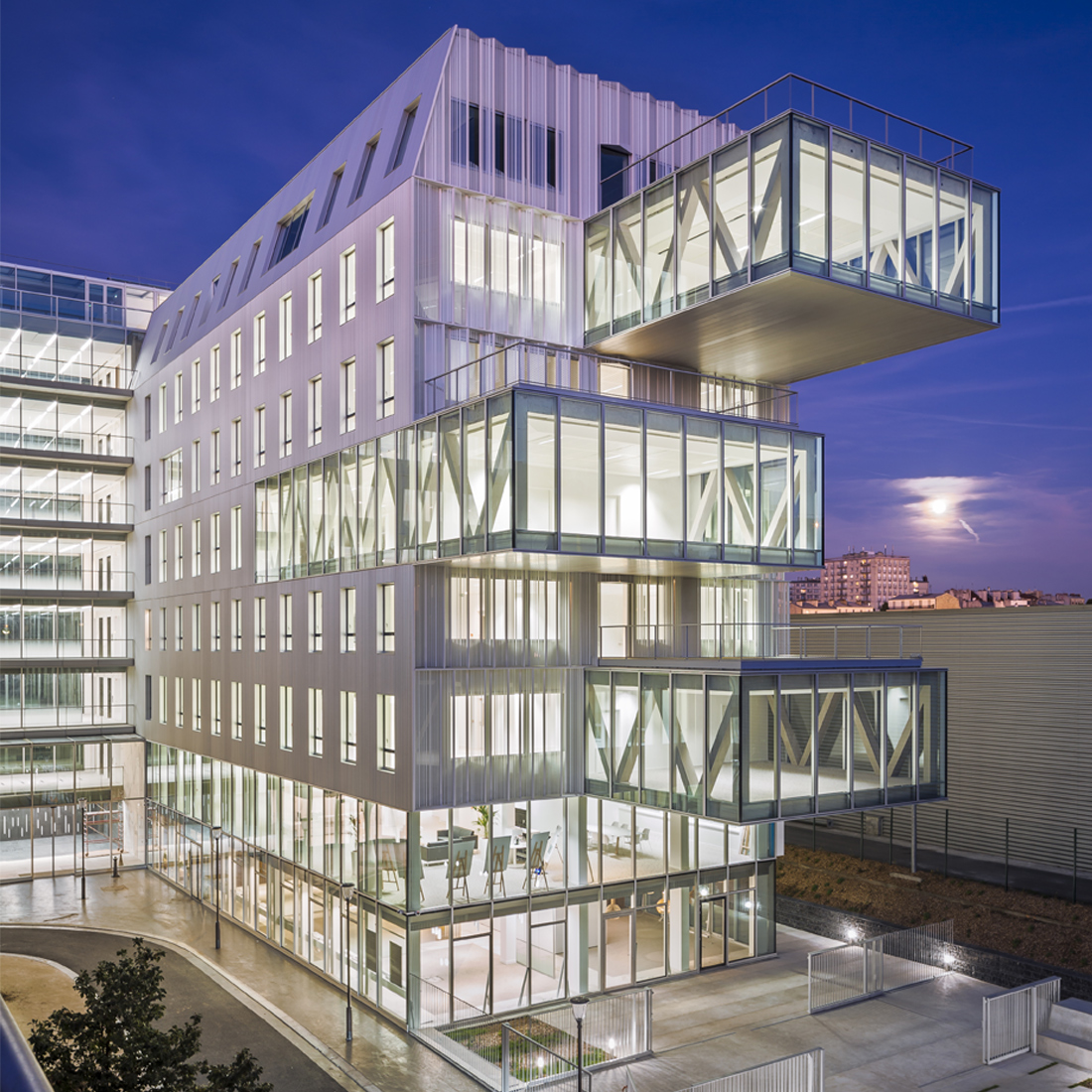 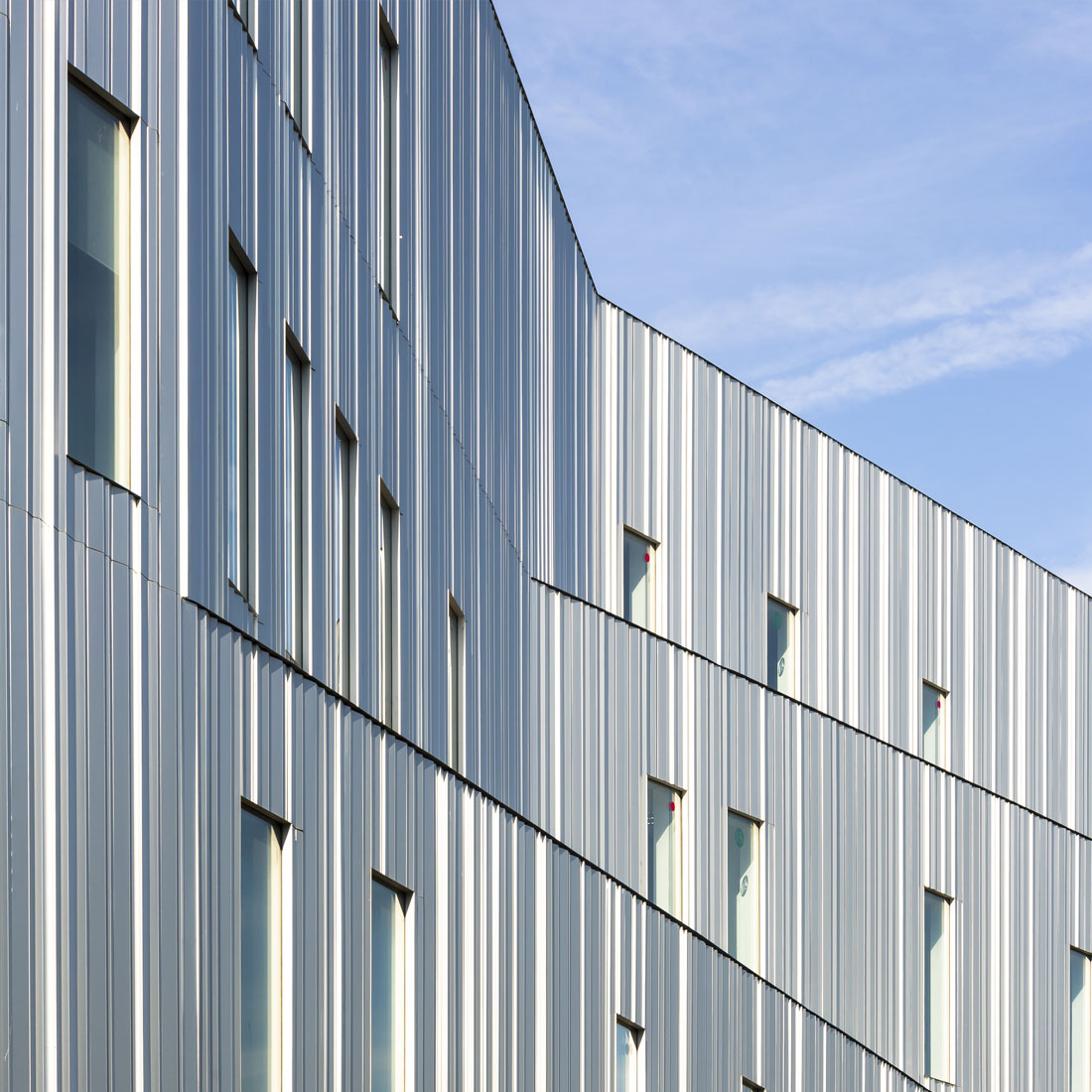 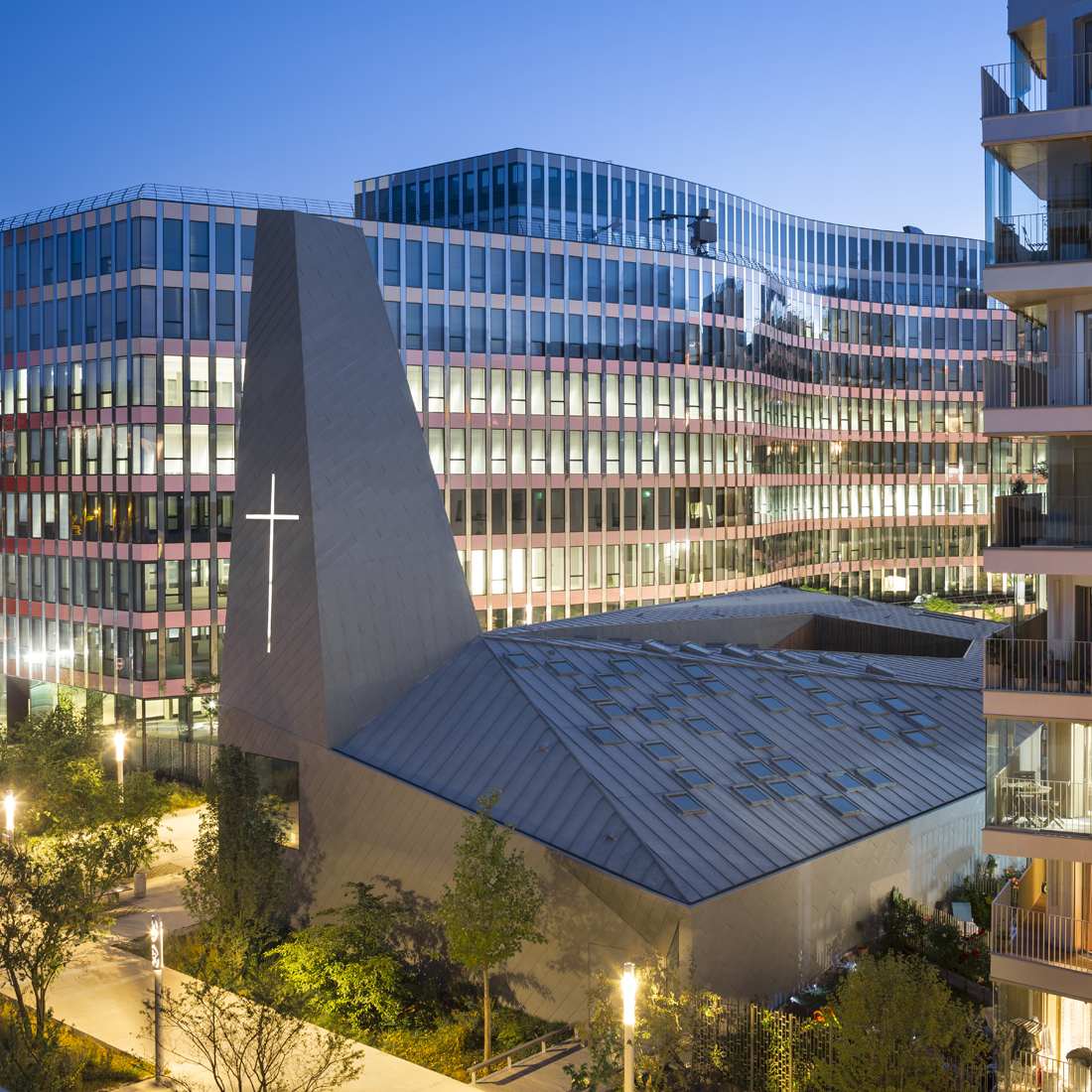