This “natural” site, which in many ways is reminiscent of American campuses, features a landscape inhabited by buildings whose harmony is based on a balance between full and empty, built and unbuilt.

Located at the edge of a forest, our plot occupies a position between two environments: the end of the Campus boundaries and the beginning of the listed woods. This exceptional situation led us to propose an urban figure of “edge”, both contained and open.

This major North/South axis thus re-establishes the link between the urban and natural landscape, bringing nature into the interior of the architecture.

The plan’s classical and orderly construction is matched by a restrained, rhythmic, woven architectural style that echoes the dominant verticality of the sites’ buildings.

This order is visible in the general presence of a vertical metal framework on the façade that highlights the 1.35-meter grid, standard for tertiary programs.

The work on the series is also supplemented by some variations: the base is sometimes marked by high, dark concrete piers, while the 1.35-meter grid extension along the entrance hall and library enhances the interior activity.

The color of the building was chosen to give the it the depth of the material and its sensitivity to light. Depending on the variations of lighting, the texture of the metal will reveal many shades, from warm to white, from silver to bronze. This chromatic monochrome builds a form of camouflage, the colors of which are drawn from the winter tones of the woods. 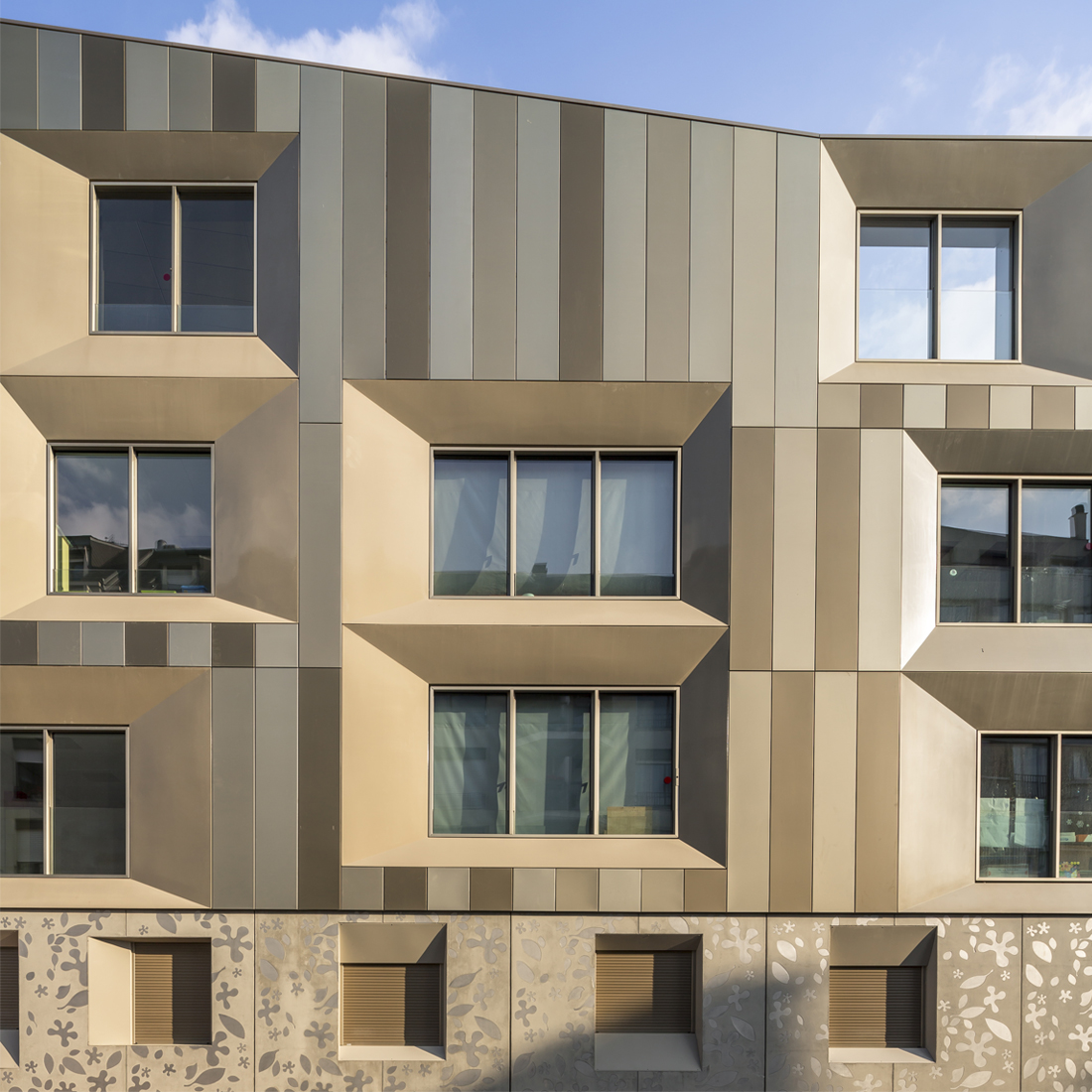 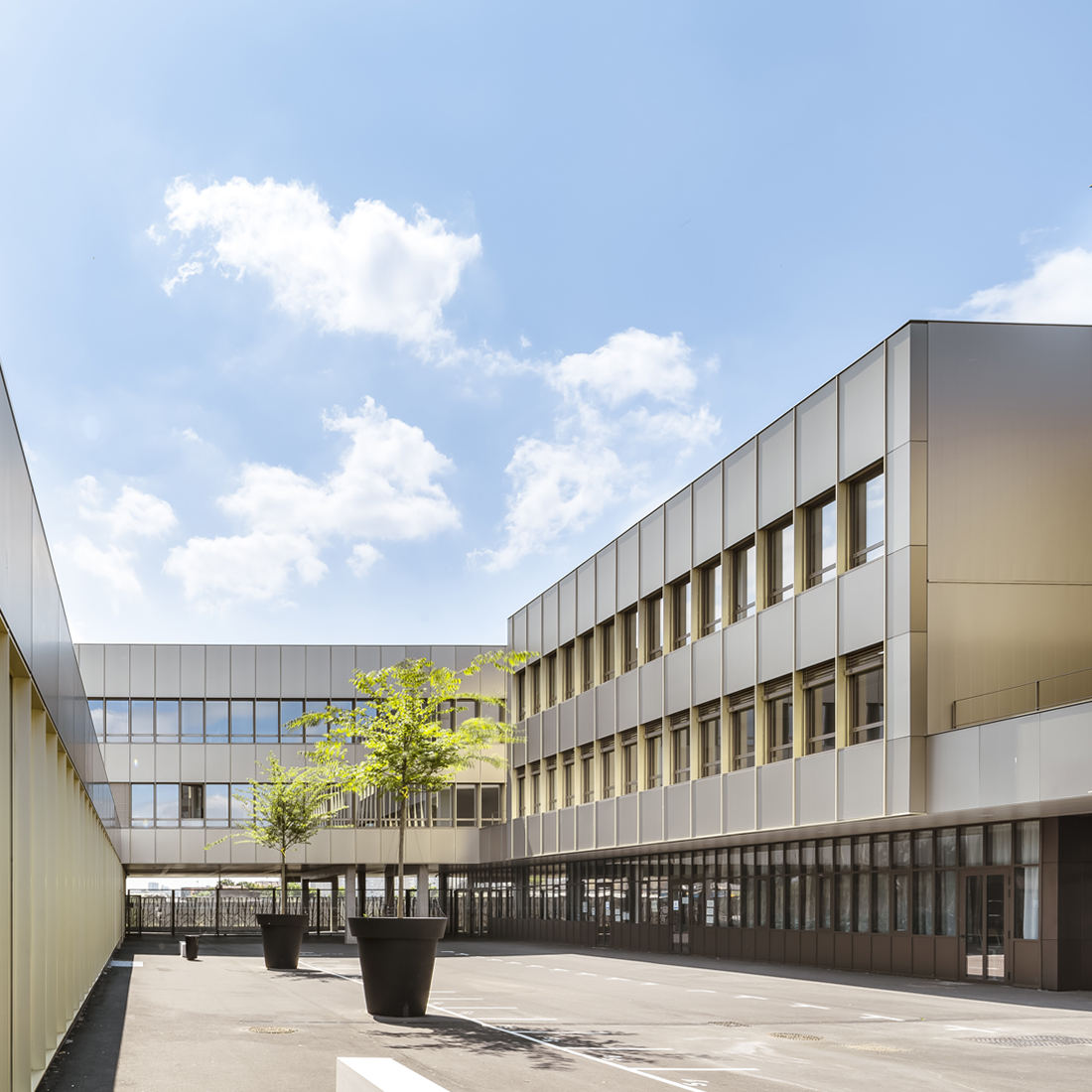