Not make these people disappear but blend in.

Each block has a central distribution area and is divided into two distinct volumes, the first in brick, the second in zinc with each separated from the other by a garden gap. They are connected by wide overhead walkways, adorned with climbing plants, that pass over the trees.
Each block is conceived as a neighboring unit and the interlinking passageways as places for sharing, fostering encounters and maintaining social ties.
The buildings’ overlapping features are not apparent in the way the walls are generally composed.

Given the highly social nature of the brief (for people in a fragile position), it was the architecture’s unity and serenity that were sought so as to integrate the building and its users into the neighborhood. The architectural vocabulary has been enriched by very generous bay-windows, with particular attention paid to the window frames (sometimes in stone, sometimes in metal) and the shutters; it confides on the whole an unostentatious preciousness.

Not make these people disappear but blend in. 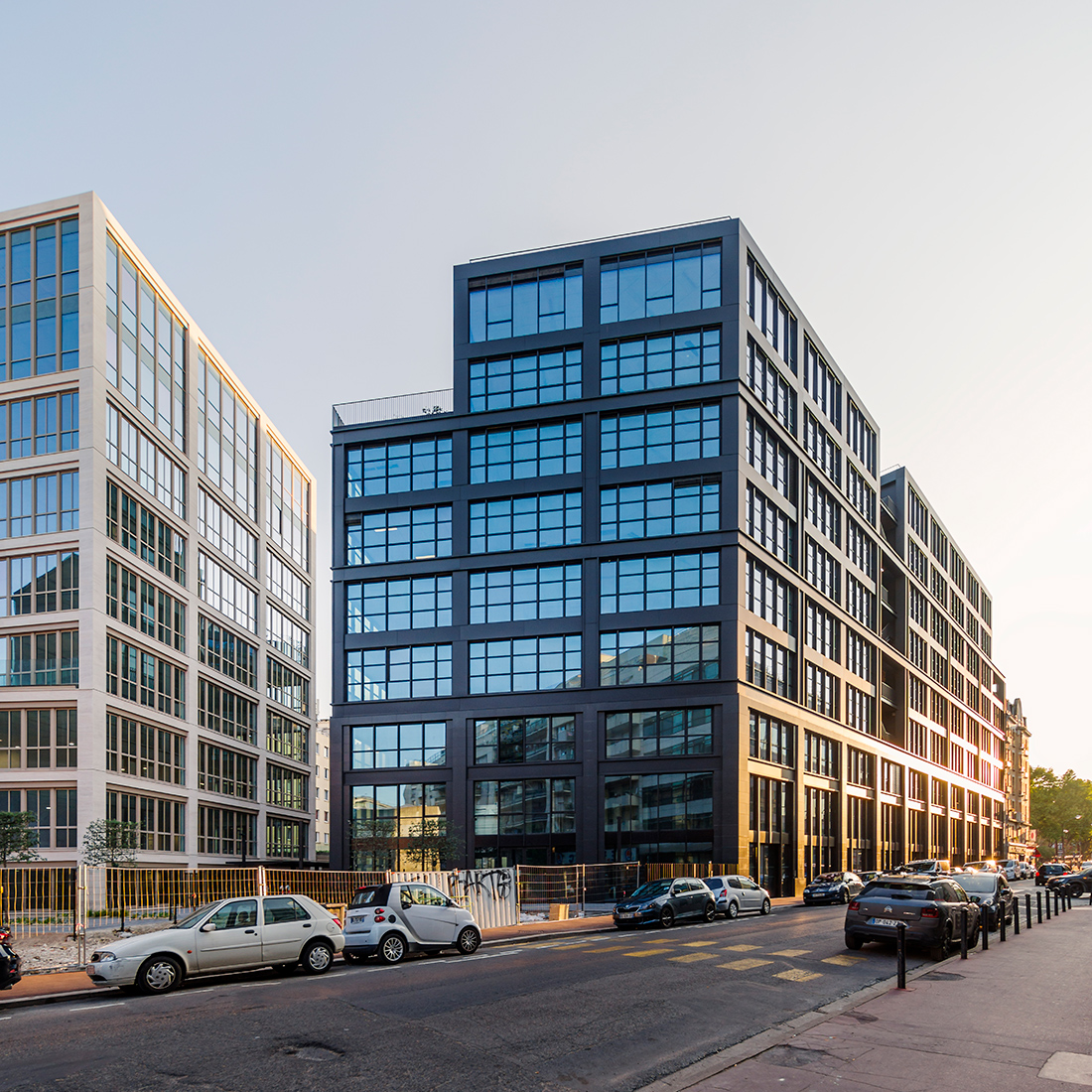 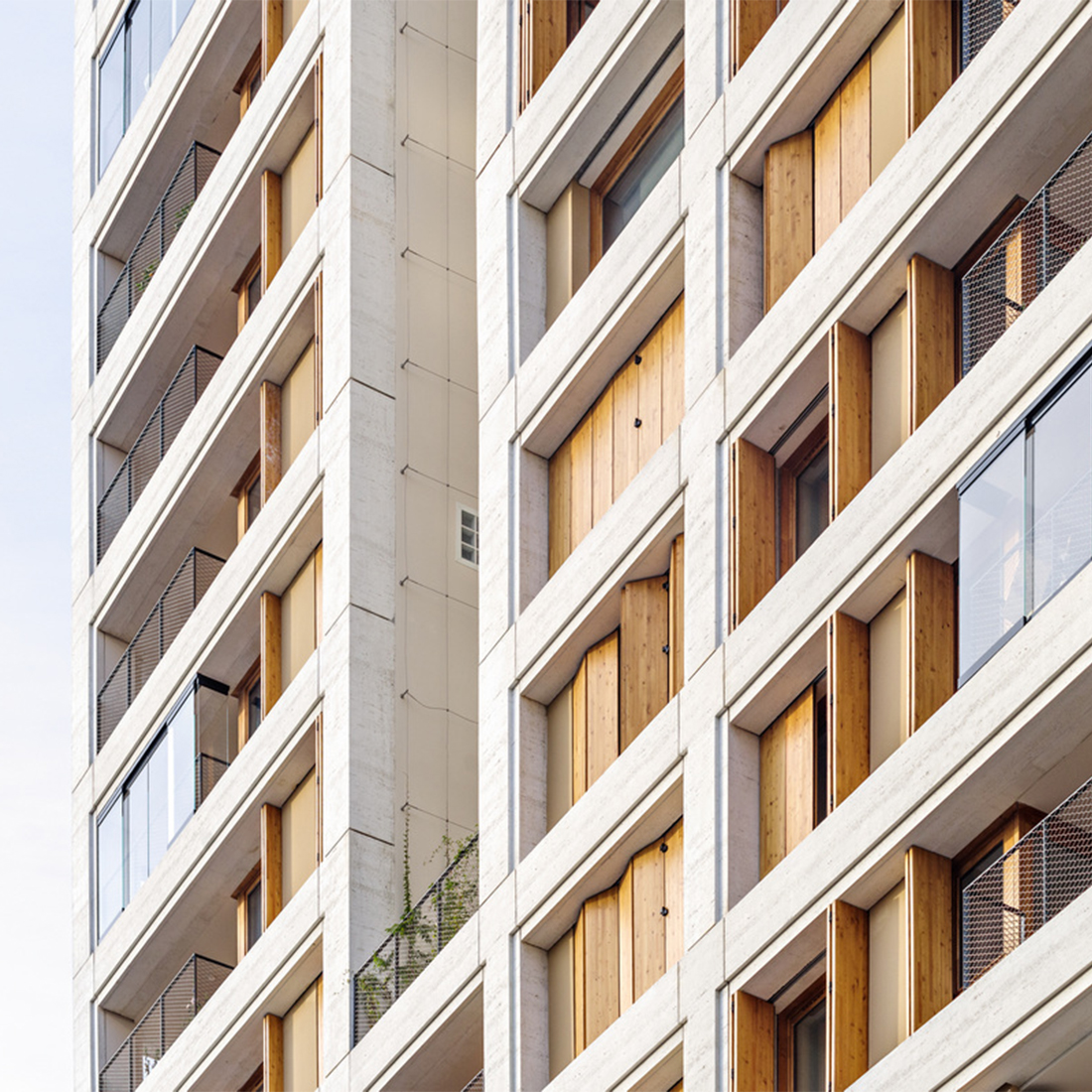 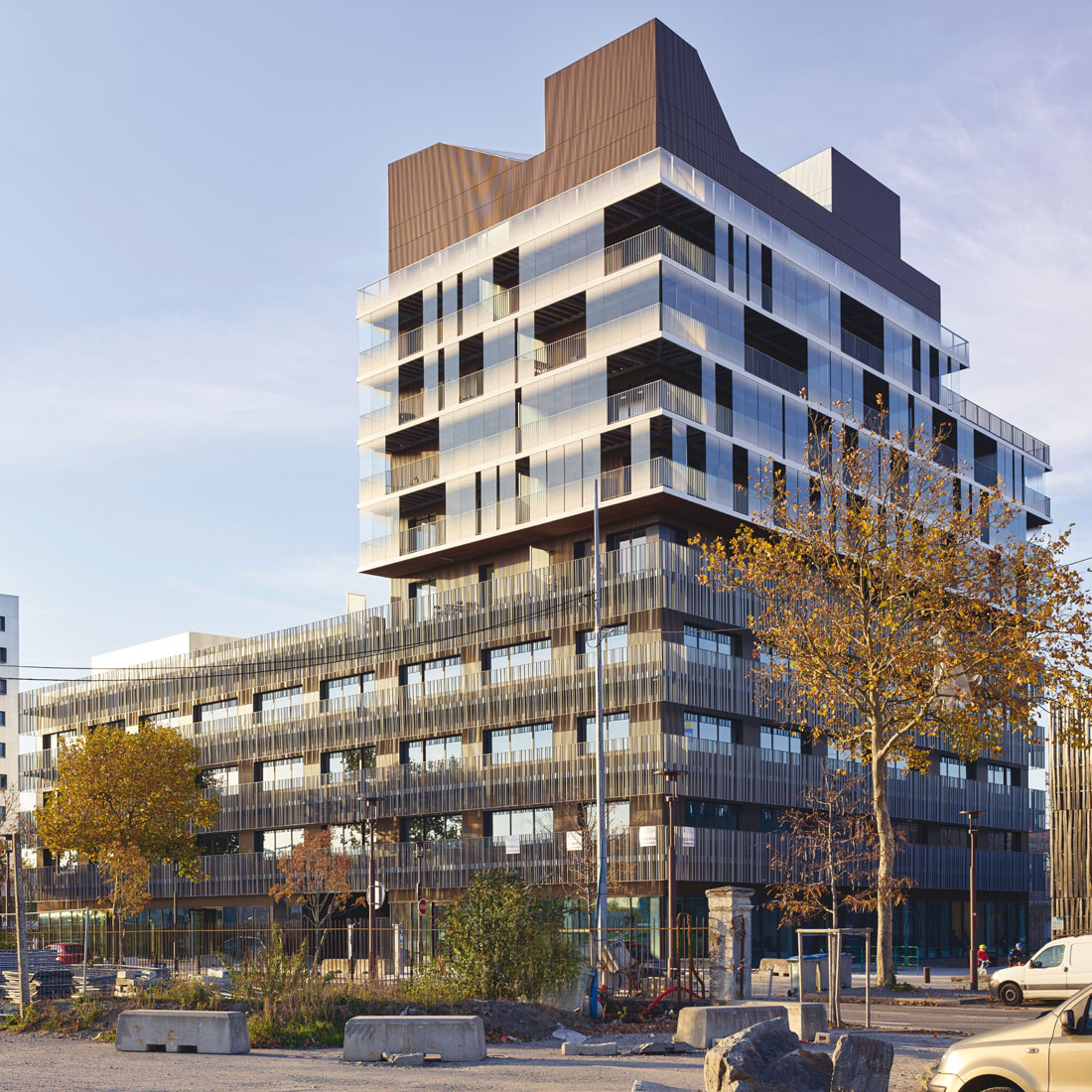